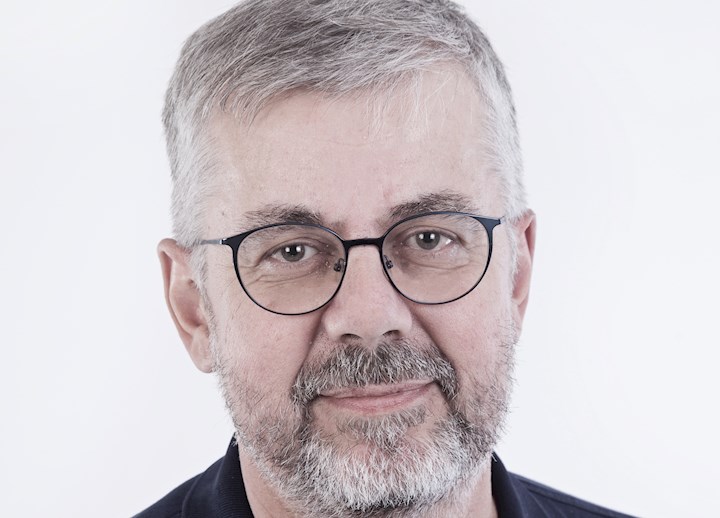 With overall responsibility for product management for coils and quarto plate, Poul-Erik leads a small, diverse team of experts who oversee every aspect of the product lifecycle, making decisions on which grades and products to develop, update or discontinue.

Poul-Erik Arnvig, VP of Product Management in Europe at Outokumpu, believes that the superior corrosion resistance, strength, and price stability of duplex stainless steel makes it an attractive alternative to the popular austenitic stainless steel grades of 304 and 316.

Versatile for many applications

For Poul-Erik, duplex stainless steel is incredibly versatile. He says: “Duplex grades can be used in a wide variety of applications. That’s down to three advantages. The first has to do with the high strength compared with austenitic stainless steel.

“Second, depending on the grade it has excellent or good corrosion resistance with near-immunity to stress corrosion cracking. This is a corrosion mechanism that can be the Achilles heel of leaner austenitic grades.

“The third benefit is the price stability of duplex grades. That’s thanks to having lower nickel content than classical austenitic grades. Depending on the market and the application, this makes duplex stainless steel competitive from a price point of view.”

Sweden is birthplace of duplex stainless steel, says Poul-Erik. “The first grades were developed in the 1930s at Avesta, followed by the first modern grades in the 1970s and development of super duplex grades by Sandvik in the 1980s.

“Outokumpu then developed lean duplex grades in the early 2000s, starting with Forta LDX 2101. These are the least costly duplex grades with similar corrosion resistance but higher strength than comparable austenitic grades. They have since made a big impact on the market.

“Both these developments show interesting technical properties for niche applications.”

Over the years, duplex grades have been used in many applications that need a combination of high strength, corrosion resistance and competitive price. He says: “For example, oil and gas operators use them for high pressure pipelines and they are also used widely for tubing and piping in the chemical and other process industries.

“However, we’ve had to work hard to show customers the advantages of duplex grades. To do that, we’ve developed tools like the tank calculator, which helps engineers quickly produce estimates on how much stainless steel they need to build a tank.

“We also work closely with customers. For example, a large chemical company in The Netherlands asked me and a colleague to join a meeting with a project team that had the task of replacing its fleet of storage tanks around Europe. Their team included design engineers and researchers to investigate their options.

“During a six-hour meeting, we took them through the metallurgy of duplex steel, welding methods, its corrosion resistance and high strength properties, availability, and how it performed during testing.

“Once you put it all together, you get a full picture of the savings. At the end of the session, we had convinced them that duplex was the way to go for their tank replacements at various plants.”

The future of duplex

Today, 90 years after the development of the first duplex stainless steel, duplex is still a small percentage of total stainless steel consumption. “One reason for that,” says Poul-Erik, “is that many don’t yet know what duplex grades have to offer. Sometimes we just need to convince one or two decision-makers but other times, we need to convince many people in the decision tree.

“It’s a classic chicken-and-egg situation. Customers first need to use duplex stainless steel before they can build it into their standard specifications and include it in their list of approved materials. Still, they won’t use a material that’s not already approved.

“As a result, it often takes around ten years to truly understand whether a new grade of stainless steel is a commercial success. However, the growing number of duplex producers sends out the signal that duplex is here to stay and becoming more widely available.

“My long-term prediction is that, as total lifecycle cost and sustainability factors become more decisive, we’ll see duplex grades gradually replacing 304 or 316 stainless steel in a variety of applications.”

With overall responsibility for product management for coils and quarto plate, Poul-Erik leads a small, diverse team of experts who oversee every aspect of the product lifecycle, making decisions on which grades and products to develop, update or discontinue.

Although he is based in Orebro, Sweden, his team work across all Outokumpu’s mills such as Krefeld in Germany, Tornio in Finland, and Avesta, Nyby and Degerfors in Sweden.

“I joined Outokumpu in 1991 when it was Avesta AB and duplex stainless steel was in a major growth phase. We had three duplex grades in the portfolio. They were Forta DX 2205, which was the workhorse, as well as Forta SDX 2507 and Forta DX 2304, which at that time were duplex grades that were licensed from Sandvik.

“As a corrosion specialist in R&D, my initial input was technical testing, but I went on to pick up experience as technical as well as operational manager of production lines before switching to sales and market development globally including 4 years in the US.”