Hong Kong’s boldest landmark, Stonecutters Bridge, is a 1.6-kilometer colossus spanning Rambler Channel at the entrance to the buzzing Kwai Chung Container Port. Stainless steel was used to give the bridge its striking appearance as well as enough integrity to last through its designated 120-year life cycle.

When completed in 2009, Stonecutters Bridge not only opened a much-needed road link between Kowloon and the international airport, it became an instant symbol of the city’s economic prowess. Every bit of its design, from the sleek mono towers to the twists and turns of its flyover lanes reminds onlookers that this is truly a dynamic city with its eyes firmly focused on the future.

As far as world rankings go, the 1,018-meter central span puts Stonecutters at third largest for cable-stayed bridges. But enormous size wasn’t the only challenge that engineers had to contend with – the area is prone to high winds, often reaching typhoon strength, and hot, moist sea air coupled with pollution will wreak havoc on most materials over time.

For the right combination of strength and anti-corrosive properties, the projects engineer, Arup, chose Outokumpu Forta duplex stainless steel. About 1,600 tonnes of structural stainless steel went into the bridge’s cable-stay anchorage zone according to Arup. Much of that came in the form of the duplex quarto plate that covers the top 118 meters of the two 293-meter towers, the section where the cables connect. Duplex stainless steel tubes and plates from Outokumpu also make up the cable anchoring boxes. 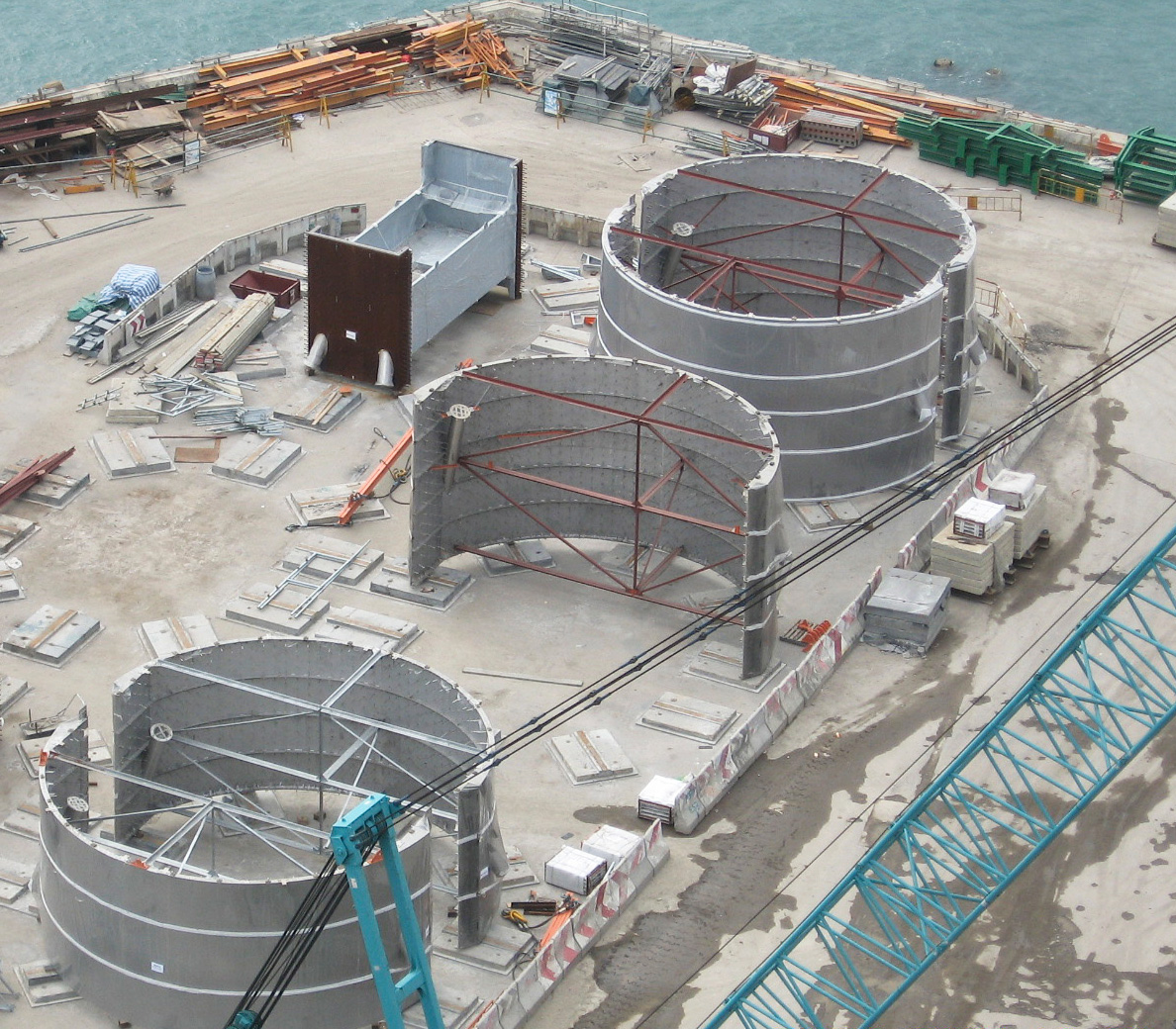 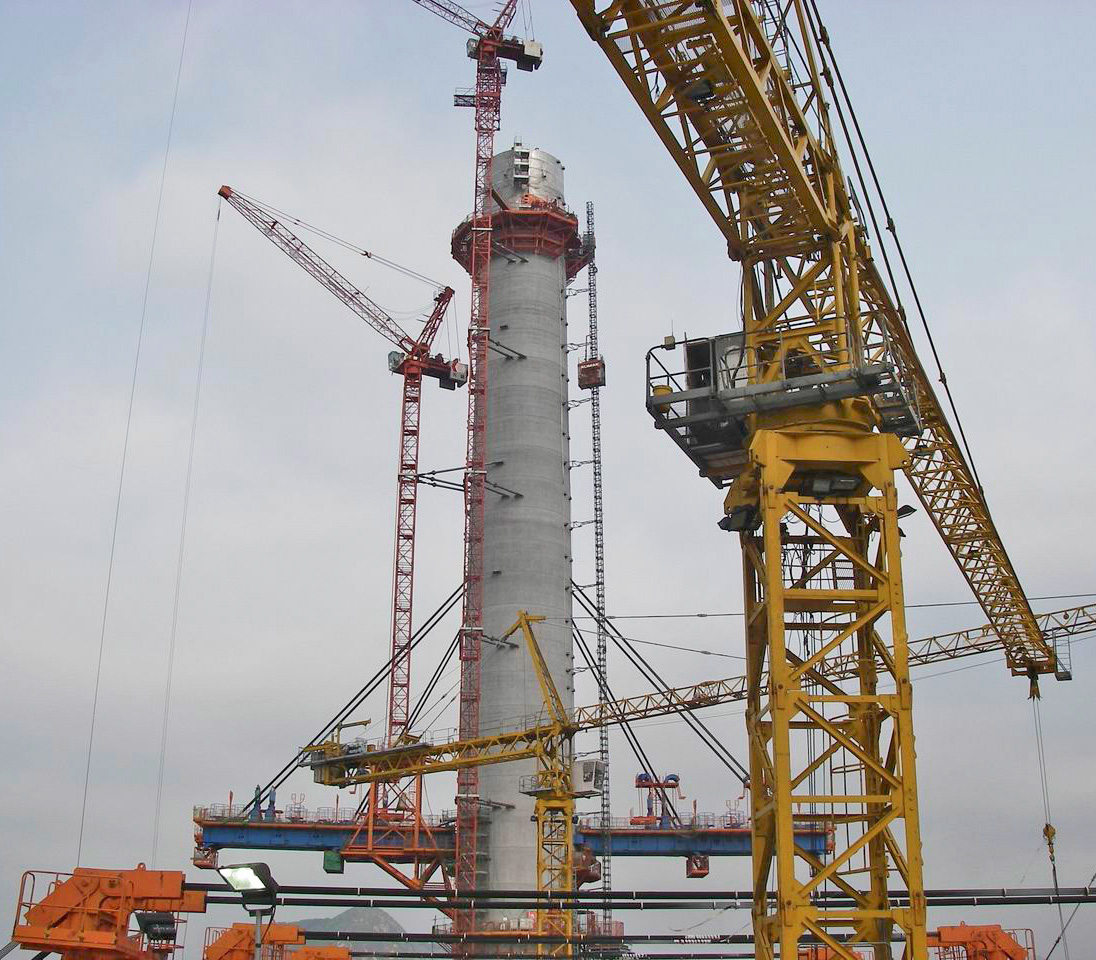 The stainless skin was assembled before the concrete was added so that the skin could act as a form for the inner material.

Needless to say, putting the massive concrete and stainless steel tower tops in place was no easy feat. A case study compiled by the UK-based Steel Construction Institute describes how the tower skin is made up of 32 individual stainless steel segments. Each of these is a 20-millimeter thick hot rolled plate of Forta duplex varying in height from 5.6 meters to 3.2 meters. As the circular towers are tapered, the diameter of these steel ring sections starts at 10.9 meters and narrows to 7.2 meters near the top. Each of the sections had to be lifted into place in halves before being welded and secured with hoop-shaped flanges. The stainless-steel skin was actually assembled before the concrete was added so that the skin could act as a form for the inner material. As new sections of the skin went up, more concrete could be added to the tower until it reached full height. Before even starting this task, engineers wanted to be sure they had their welding techniques down pat. A prototype segment of the stainless steel skin was used for experiment and practice. It also came in handy for studying how the different surfaces would fit and how to achieve a high-quality finish.

In order to ensure that the tower skin would end up maintenance-free, it was critical that the stainless plates be given the proper surfacing. Outokumpu supplied the plates after giving them a 1K polish – a satin polish that’s recommended for external architecture in coastal environments where a bright polish won’t do. Stainless steel was given its final finish – a somewhat textured, low reflective appearance – through a process called shot peening. The procedure is similar to sand blasting, except in this case it was done with a mixture of aluminum oxide and glass beads, according to the SCI’s study. In addition to lending the steel a distinctive appearance, shot peening stresses the surface of the material, changing its mechanical properties to reduce the likelihood of microcracks forming. With this finish, the Stonecutters Bridge should have no trouble standing the test of time, looking amazing throughout the remainder of this century and beyond.