What if cities were built tall and green?

Our world is more urban than ever. If back in 1900, only 14% of the world’s population lived in cities, today, more than half do. With the current pace, the world’s cities will add 65 million inhabitants each year between now and 2025. That’s an average of 178 000 new city-dwellers created every single day.

Supporting this intense wave of urban growth means that entire megacities worth of floor space need to be built all over the world. To rein in urban sprawl – low density growth eating up farm land and natural resources – cities need to build up, not out. And they need to do it in a way that does not exhaust the planet’s resources or add to the pollution problem. That’s why the trend of building tall and green – constructing high-rises with great sustainability credentials – is gaining traction globally.

With inner city land becoming a scarce and expensive resource in fast-growing cities, building high-rises has become a popular – if somewhat contested – solution for lack of housing and office space. The case for high-rise buildings contributing to sustainability is that they allow for people to live and work densely, which reduces travel distances and car use. Though the most energy-efficient mode of living is a subject under debate, tall buildings also help mitigate sprawl: cities spreading out to low-density, car-dependent suburban areas, which take over agricultural land and – some studies suggest – have a higher carbon footprint.

Ideally, building up also means that more room is left on the street-level for spaces that increase the livability and sense of community in cities, including parks and public space. While high-rises are traditionally not seen as the most sustainable building model, already, many famous skyscrapers, such as the Goldman Sachs new world headquarters and One World Trade Center in New York or the Ping An International Finance Center in Shenzhen, China, serve as examples of how tall and green can go together. All of these great green giants have acquired Leadership in Energy and Environmental Design (LEED) Gold certifications – and chosen Outokumpu stainless steel as the material for their cladding.

“Sustainability has definitely become more and more a focus for architects and builders globally. In the US, it’s pretty much a prerequisite that material suppliers need to be able to demonstrate the impacts of their product. For Outokumpu, this trend is good news, as we have strong sustainability credentials and can meet the demand,” says Jörn Teipel, Technical Manager for the architectural segment at Outokumpu.

With its high endurance and low lifecycle costs, stainless steel is an indispensable material for high-rises that reach for the skies while trying to preserve the Earth’s resources.

With stainless, building façades can last for decades without material replacement, retaining their immaculate aesthetics and function. In coastal areas – where most of the world’s population lives – or areas with high pollution, strong corrosion-resistance is an especially important factor for longevity. As Outokumpu stainless has the highest share of recycled content in the industry, it is a natural choice for architects who wish to meet environmental standards.

Room for more in Asia

While traditionally, it’s been thought that green credentials are a selling point only in mature Western markets, the focus is now shifting increasingly to Asia. Not least because that is where most of the world’s high-rises are now being constructed. A research from 2009 suggests that China alone will be adding 50,000 skyscrapers – the equivalent of 10 New York Cities – by 2030. To fight the country’s severe pollution problem, more and more of these new high-rises will need to be energy and resource-efficient.

Thankfully, the green architecture is making its way on the agenda in China, with new energy-efficiency regulation and subsidies for sustainable solutions. Thus in China too, stainless is expected to be used in claddings more than today. If done right, green high-rises can serve as beacons, raising awareness and spreading the sustainability agenda. Rising above the skyline and housing the new urban populations of the world, they can help mitigate the problems caused by the rapid growth of cities. 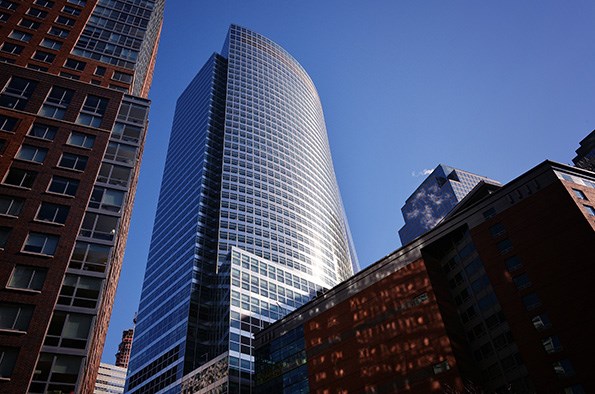 We offer quantitative and verified information on the environmental impact of our main products for the architecture, building and construction in the form of environmental product declarations and LEED fact sheets for green building.