Meet the UK’s newest architectural landmark. The complex feature of the renovated urban showpiece could only have been achieved by using the right combination of ingenuity, resources and logistical know-how. 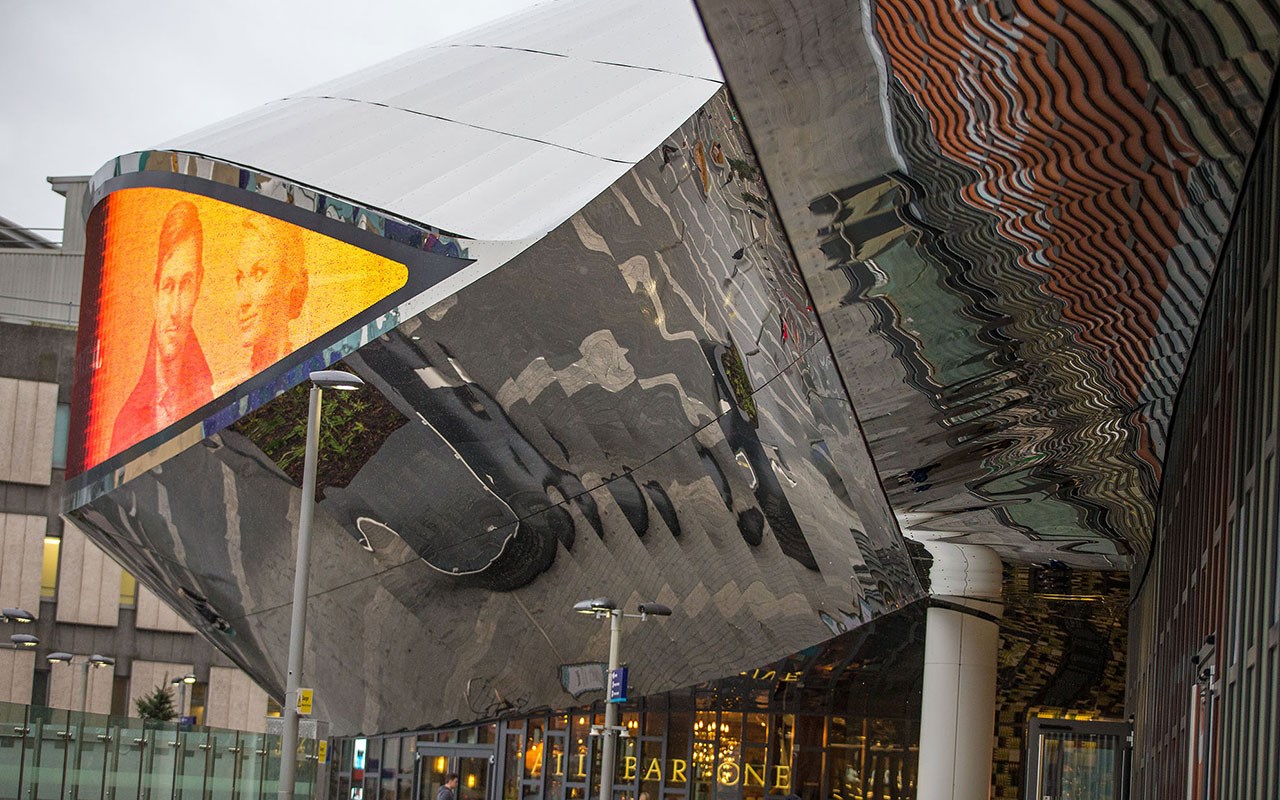 Serving 170,000 passengers daily, Birmingham New Street is the UK’s busiest railway station outside London. It is also the nation’s busiest interchange station – a train departs every 37 seconds on average.

Such a high-traffic facility plays a role in shaping the image of a city, but at the beginning of this century, the station wasn’t leaving any favorable impressions. By then it was already cramped with more than double its planned passenger load and its 1960s-style structure was dated.

Total transformation Network Rail, a state-owned company, began preparation work in the early 2000s for a £750 million (€993 million), top-to-bottom overhaul of the station, eventually settling on a design by architecture firm AZPML.

In addition to adding a stainless-steel façade, the project entailed expanding the concourse to three and a half times its original size, creating a much more open, brighter space centered around a gigantic glass-roofed atrium. Internal pedestrian flow was improved by 36 new escalators and 15 new elevators, pushing the daily passenger capacity to 300,000.

Construction at the site was launched in 2010, with the work on the grand façade beginning the following year. The steelwork portion of the job was managed by Martifer, an international outfit that focuses on large-scale metal construction projects. For supplying the specialized material needed – all 400 tons of it – Martifer turned to the expertise of Outokumpu.

Wrapping Birmingham New Street Station in 20,000 square meters of reflective stainless steel was certainly a task to be reckoned with. It required assembling of 8,000 brightly polished panels, no two of which are alike.

Total of 8,000 brightly polished panels were assembled – no two of which are alike.

The panels are made of 3-millimeter thick Supra 316 grade coils produced at Outokumpu’s plant in Tornio, northern Finland. These were laser cut, polished and finished at the company’s facility in Sheffield with the help of one of its trusted subcontractors. Unique, laser-etched references had to be used to ensure that each of the individual panels was the correct size and shape for its place in the curving structure.

Outokumpu’s plate service center in Sheffield also advised the station contractors on how to handle the stainless steel once it was delivered.

Among the most challenging aspects of the Birmingham New Street reconstruction was the worksite location, in the densely-packed center of the UK’s second-largest city. The station had to remain operational and space was limited. To overcome this obstacle, engineers completed and opened one half of the station in April 2013, shifting all rail functions there before continuing with the work.

Space limitations and a tight schedule meant that all stainless steel materials for the façade were delivered precisely to the hour. Delivering the material early was not an option and being late was out of the question.

This was where Outokumpu’s organizational strengths came into play. Cooperating closely with both customers and subcontractors, and carefully managing every step of the supply chain from production to final delivery ensured materials were exactly where they were needed, when they were needed.

The result is evident and residents of Birmingham now have a world-class railway station that reflects the city’s aspirations as a forward-thinking metropolis. 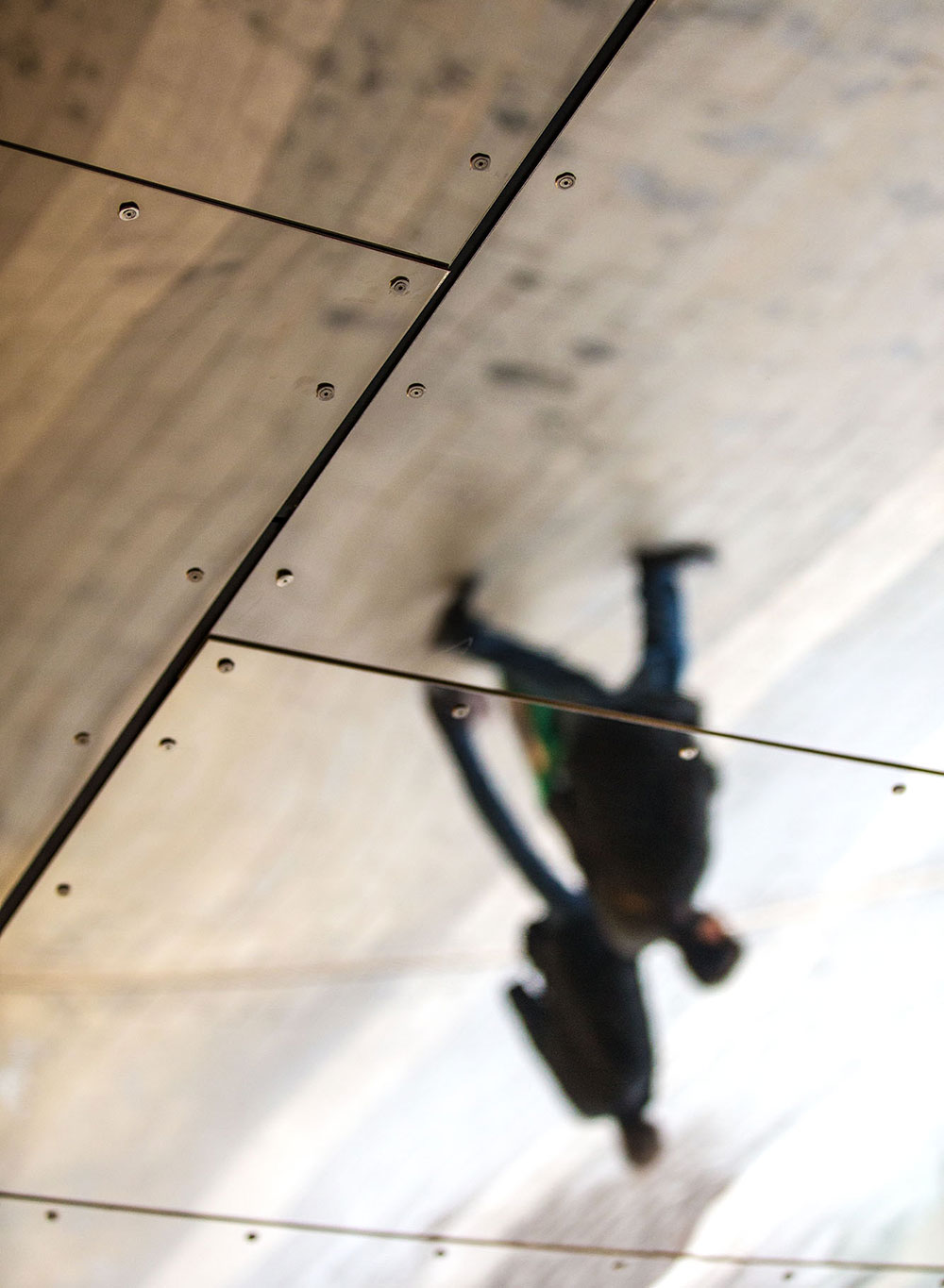 The station was wrapped in 20,000 square meters of Outokumpu stainless steel.

Located near the site where stainless steel was invented in 1913, Outokumpu Stainless Distribution (OSD) continues that innovation today as the premier stainless steel coil and plate service center in the U.K.