Upgrade the current defenses − sea walls and timber groynes − at the Cromer coast to withstand storms on the North Sea and predicted sea level rises for the next 50 years.

Outokumpu delivered Forta duplex stainless steel, a virtually maintenance-free material with the exceptional chloride resistance that is ideal for marine environments and made to withstand the elements for 100 years.

Northeast of London, England’s Cromer coast is a well-known North Sea retreat with a historic sea front and beloved beach.

With rising sea levels and intense storms threatening the area, the Cromer Coast Protection Scheme was launched in 2013 in order to refurbish the sea defenses and make them battle-ready for the anticipated sea level rise to come over the next 100 years. The sea defenses already in place have protected the area against the stormy North Sea for over 150 years. They were originally built in 1845 as a series of walls and timber groynes to fend off the force of the sea.

“In the new protection scheme, our brief to the consultants required that walls and groynes need to be designed to maintain not only the existing level of defense but they would also need to hold up against rising sea levels. At the same time, keeping the visual character of the seafront and preserving both a stable beach and beach access were important for us,” says Brian Farrow, North Norfolk District Council Coast Protection Engineer. 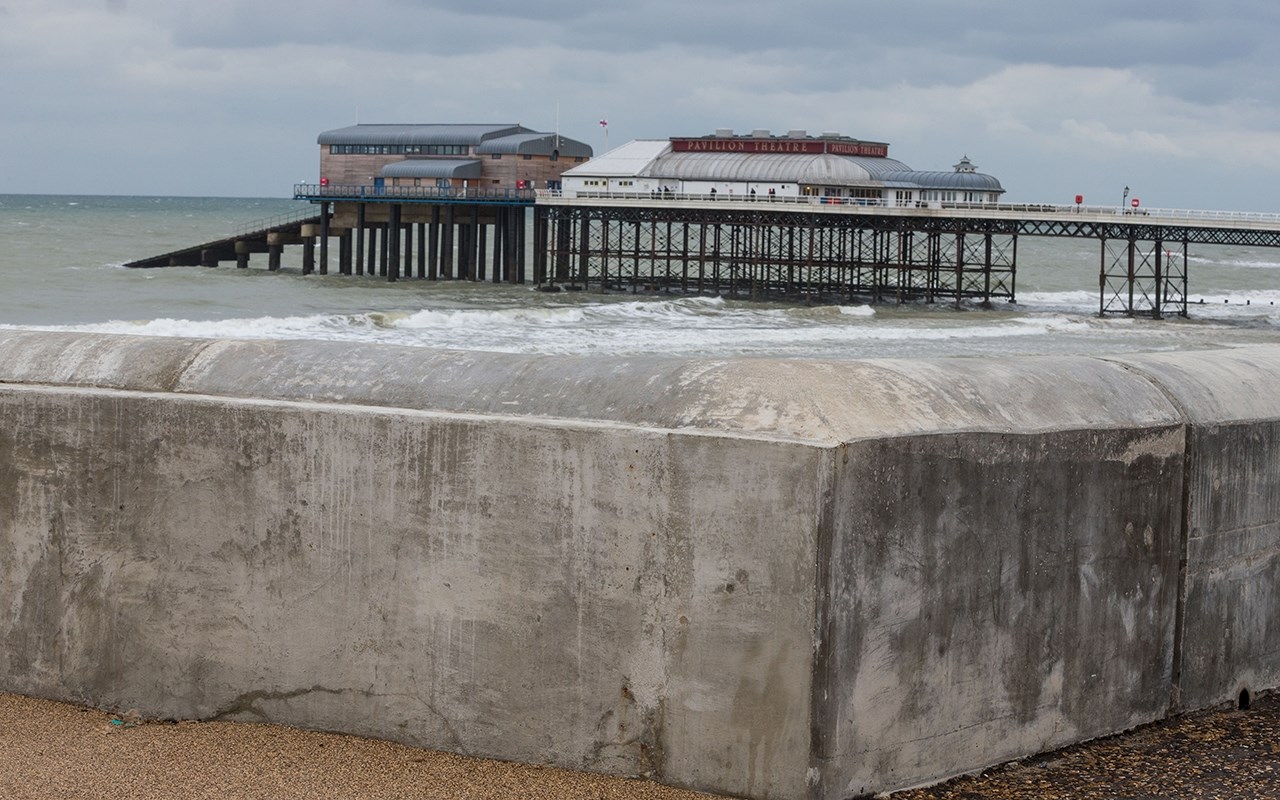 The protection scheme’s plans included refacing the concrete sea walls that were badly damaged after tidal surges in 2013. Furthermore, parapet walls were improved where necessary and timber groynes repaired.

Absorbing the force of waves

An important element in coastal protection is the timber groynes that are often seen jutting into the sea, including at Cromer coast. They function as a means of trapping the sand and flint on the beach in areas where the sand is continually shifting due to wind and waves. At Cromer, that shifting with the tide is predominantly eastward. The groynes play a vital role as they keep as much sand near the beach as possible, to absorb the force of the waves before they hit the sea wall and cliff.

To provide added strength and keep them protected against the elements, stainless steel was added to the groynes as they were replaced. Says Brian Farrow: “Now completed, the coast protection scheme ensures that the Cromer Coast beach and sea front is there for the next generation to enjoy.”